The relegation battle in the Premier League promises to be an exciting one ahead of the final month of the season with Burnley and Everton battling for one slot as things stand in the division. Watford and Norwich City are second from bottom and bottom respectively on the Premier League log and it would take a miracle for the two teams to avoid the drop to the English Championship at the end of this season thus leaving either Burnley or Everton to fill the remaining relegation spot. 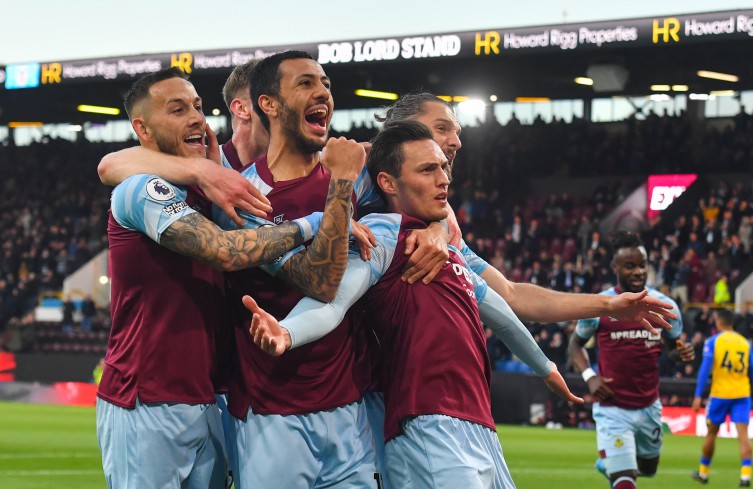 Everton had a four-point cushion over Burnley who are the last team in the three-team relegation zone ahead of the Premier League games last weekend. Burnley were able to close the gap to three points after picking up a 1-1 draw at London club West Ham United, while Everton  were not in action due to the FA Cup semifinal commitment of opponents Crystal Palace thus leaving them with a game in hand over the Clarets.

Both Everton and Burnley were in action in midweek as they played one of their outstanding games. The Toffees were in action on Wednesday, while the Clarets played 24 hours later. Everton extended the gap back to four points after Brazil international Richarlison scored in stoppage time to rescue a 1-1 draw at home to Leicester City only for Burnley to reduce the gap to a solitary point after beating Southampton 2-0 at home on Thursday thanks to the goals from right-back Conor Roberts and centre back Nathan Collins. The Clarets were able to win two successive league games at home for the first time this season thereby closing the gap on Everton.

As things stand, Everton  have a one-point lead over Burnley having played a game less and they could be in the relegation zone by the time they face hosts Liverpool in the Merseyside Derby if Burnley avoid defeat at home to Wolverhampton Wanderers with the two teams in action on Sunday.