It’s been barely two months since Manchester United midfielder Donny van de Beek signed for Everton on loan for the rest of the season but talks have already making the rounds that he could be keen to tie down his future at Goodison Park. Since he was signed from Dutch Eredivisie League giants Ajax some months ago by Manchester United, the Netherlands international midfielder has failed to convince his past and current managers Olé Gunnar Solksjaer and Ralf Ragnick, that he has what it takes to thrive in the Premier League and force his way into the starting eleven. It went from bad to worse for Van de Beek at Old Trafford and it had to be agreed upon that the solution would be to send him out on loan. 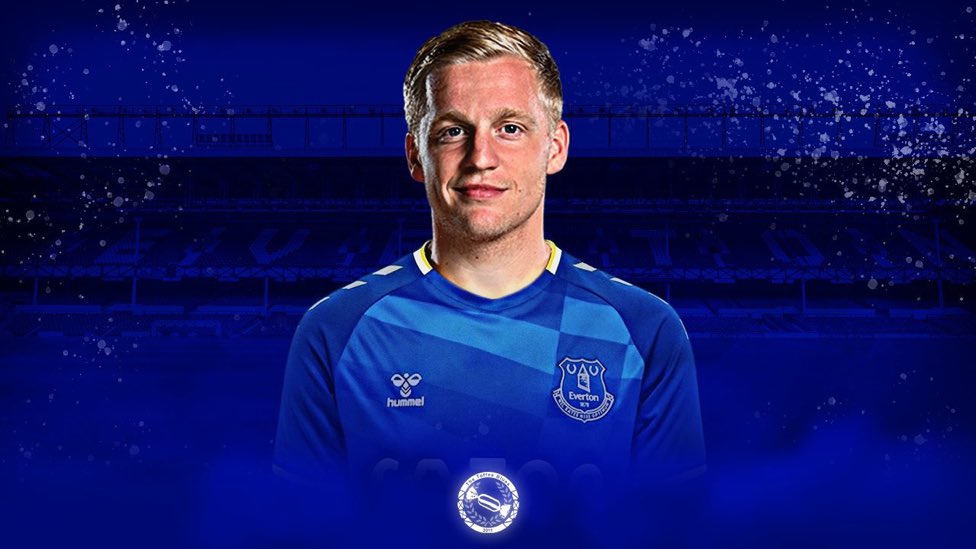 Although several clubs made their intentions known to snap up the 24-year-old since during the summer, United refused to go into any talks that would lead to the player leaving the club. But, with time running out for the Dutch star to start playing games ahead of earning a spot in Netherlands’ FIFA World Cup squad later this year, he had to look for greener pastures. Everton came knocking and as soon as the Merseyside outfit tabled an offer that suited both United and the player, in no time, a deal was agreed and he made the switch to Everton in January.

United manager Ralf Ragnick gave a hint that United will not be selling the player and they will instead wait till the next permanent manager comes in to make the decision over the player’s future, meaning that there could still be a place for Donny at Old Trafford. However, if the new manager comes in and doesn’t find the midfielder useful, Everton will emerge as one of his most likely destinations starting from this summer.