Uruguay and Colombia stayed in contention for next year’s FIFA World Cup tournament in the Asian nation of Qatar after they played out a goalless draw at the Estadio Gran Parque Central in Montevideo on Thursday. It was the second meeting between the two teams in the World Cup 2022 qualifiers. In the first meeting, EdinsonCavani, Luis Suarez (spot kick) and Darwin Nunez scored to give the Uruguayans an impressive 3-0 away win over the Colombians. 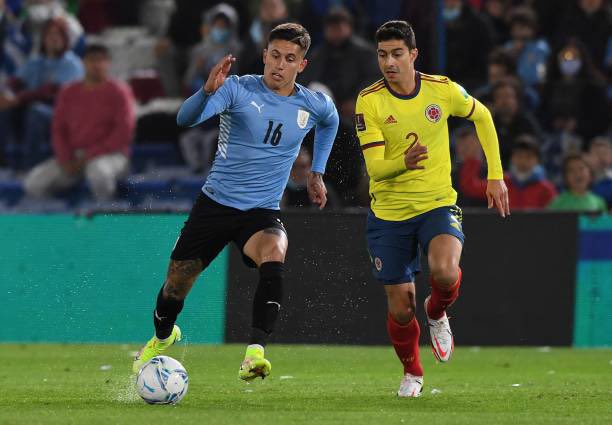 Colombia started the away game against Uruguay in fifth place with 13 points, while their hosts were in third position with 15 points. At the end of their latest 90 minutes, defence was on top as the two teams failed to find the back of the net. Uruguay started with Cagliari player Diego Godin and Atletico Madrid star Jose Gimenez at the centre of defence, while Colombia had Everton man Yerry Mina and Genk player Carlos Cuesta as their centre back partnership. Everton star Mina was able to marshall the defence to ensure that his country earned a valuable point as he continued from where he stopped in league football. His Everton side has been one of the best teams in the Premier League this season.

The home draw with Colombia ensured that the Uruguayans lost their place in the top three on the standings, while the Colombians retained their fifth place. Uruguay are now in fourth place after losing third place to Ecuador.

Ecuador were previously in the top three alongside leaders Brazil and Argentina before they were beaten to it by Uruguay. They reclaimed their spot thanks to the emphatic 3-0 victory over Bolivia in their latest qualifier. Michael Estrada and Enner Valencia (brace) scored three goals in five minutes to lead Ecuador to victory at the expense of the Bolivians.