Everton manager Rafael Benitez is a man under pressure after the Merseyside giants continued their losing run at Wolves on Monday night. Everton were beaten 2-1 at Wolves as the Toffees suffered a third consecutive loss in the Premier League. 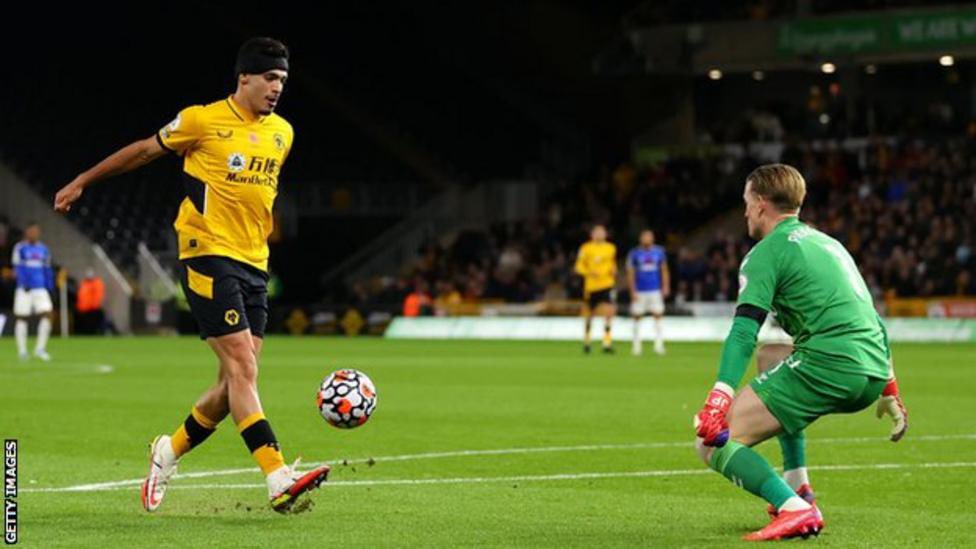 The appointment of Benitez as the new Everton manager was not well received by the fans due to his affiliation with Merseyside rivals Liverpool but he was able to silence his critics in the opening weeks of the season with one defeat in the first seven league games. However, things have changed in just three games. Pressure is mounting on Benitez after three straight defeats.

Everton were lackadaisical against Wolves in the first half and they paid dearly for it with defeat. Wolves scored twice in that first half to win the game 2-1 and climb above their opponents on the league standings. Two goals in four first half minutes was enough to give Wolves a big win.

Max Kilman dedicated his first Premier League goal to his late father as he scored the opening goal for Wolves against Everton on 28 minutes.Mexican international striker Raul Jimenez pounced on the error from Everton defender Ben Godfrey four minutes later to double the lead for the hosts. Goals from Kilman and Jimenez gave Wolves a 2-0 lead at the interval.

Everton pulled one back through Super Eagles of Nigeria midfielder Alex Iwobi midway into the second half. Wolves thereafter preserved their lead to move into the top seven with 16 points from ten games, while Everton drop to tenth on the league table.

Benitez will certainly be under pressure when Everton returns to Premier League football against Tottenham Hotspur on Sunday. Everton will play hosts to Spurs at Goodison Park and the visitors are expected to have Italian manager Antonio Conte in the dugout by the time they take on the Merseyside giants.