Everton playmaker James Rodriguez won’t be available for the Toffees when they take on Chelsea at Goodison Park in a week twelve game in the Premier League. His absence for the game was confirmed by Everton boss Carlo Ancelotti during his pre-match press conference on Friday afternoon. 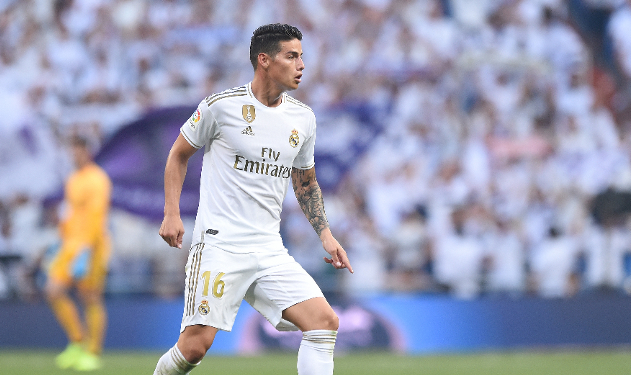 It was revealed that James Rodriguez has a little injury problem picked up from thelast league game, a 1-1 draw at Burnleyearlier this month. Carlo Ancelotti said that the Colombian international star won’t be risked for the Chelsea game after he didn’t train throughout the week as a result of the injury.

James Rodriguez became an Everton player in the summer when the Toffees paid £20m to sign him from Spanish champions Real Madrid. He reunited with Carlo Ancelotti at Goodison Park at the start of this season having worked under him at Madrid. Since his transfer, Rodriguez had missed one league game until now and that was the away match at Newcastle United. The ex-FC Porto and AS Monaco player had featured in ten league games till date.

Apart from James Rodriguez, Everton will also be without the defensive duo of Seamus Coleman and Fabian Delph for the visit of Chelsea. Republic of Ireland international Coleman has missed the last three games due to injury, but the Blues clash on Saturday will come too soon despite returning to training.

Seamus Coleman is building his fitness and he could potentially return for the midweek game at Leicester City just like what’s obtainable with James Rodriguez. England international Fabian Delph will miss the Chelsea game as a result of the injury picked up at the Turf Moor in the last Premier League with Burnley. Delph has a hamstring injury and might not be back in the Everton squad until the end of this month.